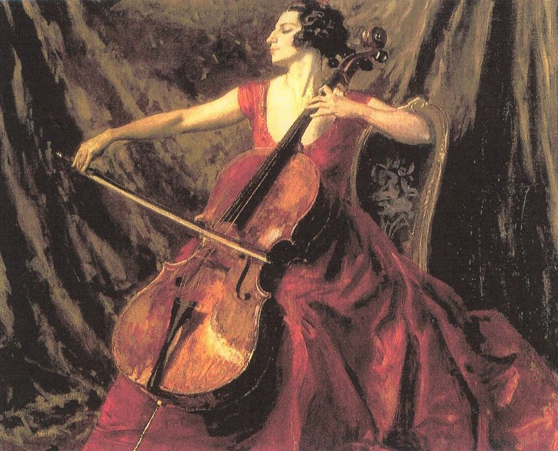 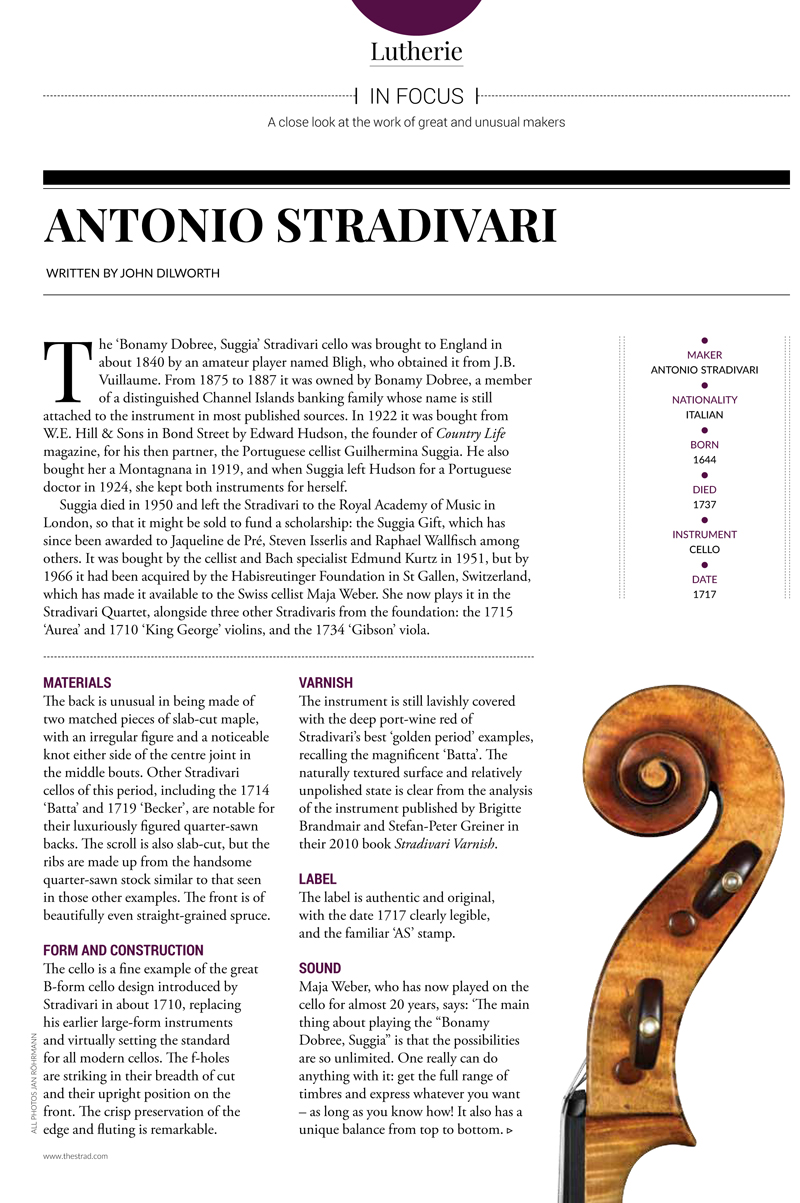 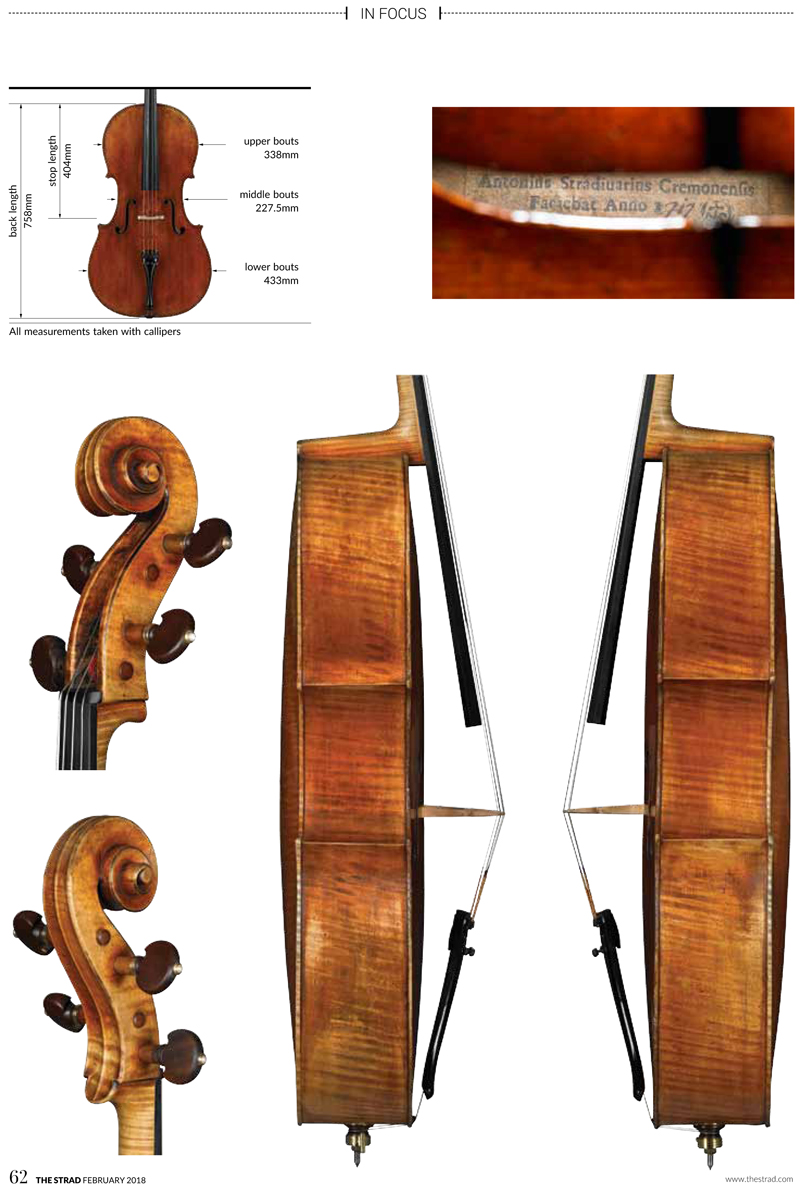 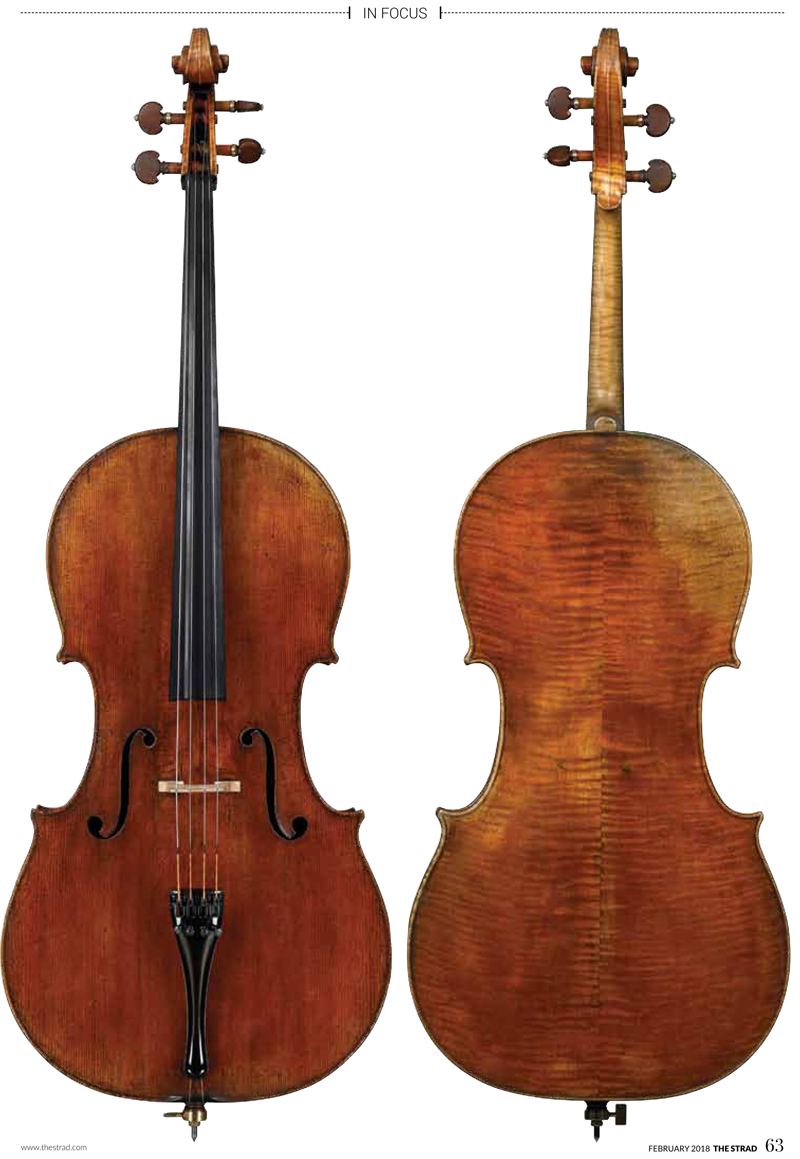 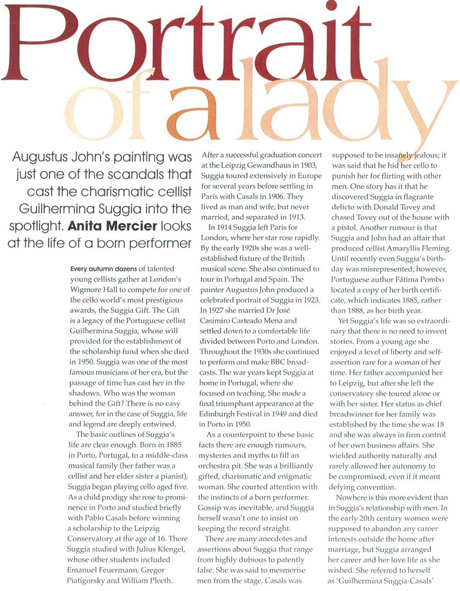 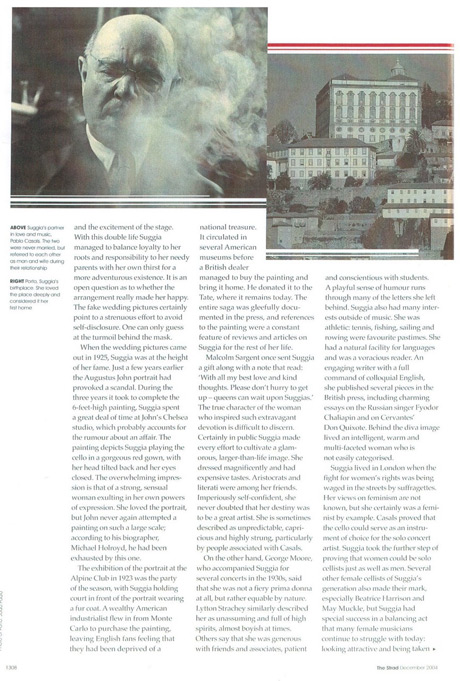 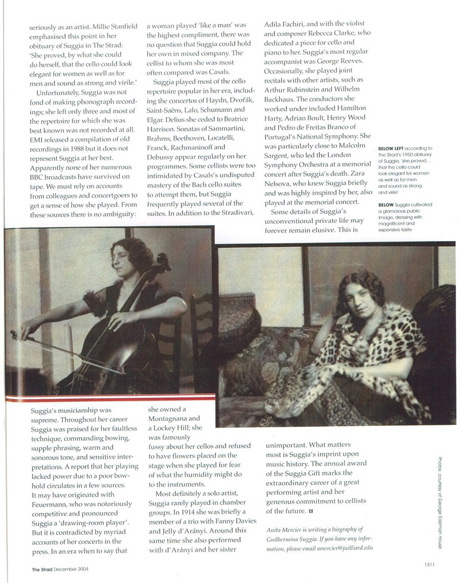 The English cellist Hancock played it, the English scholar Bonamy Dobree (who gave the instrument its name) owned it – this Stradivari cello was made in 1717.  The moving story of this valuable cello actually begins with the mysterious, diva-like Portugese cellist Guilhermina Suggia (1885-1950), who when playing her favourite cello combined technical perfection and interpretative feeling into one, enchanting her public with both aspects of her playing and her warmth and depth of tone.  Outwardly extravagant and lively, inwardly intelligent and warm-hearted, Suggia lived many lives: in Paris as the pupil and lover of Pablo Casals, in London as a “Grande Dame” and cosmopolitan figure, in Portugal as the yearning woman seeking her homeland.  We are fascinated by such inexplicable beauty, the kind of beauty that Guilhermina Suggia and her cello represent.  In the London Tate Gallery hangs the famous portrait by Sir Augustus John, in which he shows Suggia and her cello in harmonious unity.  After Suggia’s death the cello was sold and the proceeds used to provide grants for students at the Royal Academy of Music.